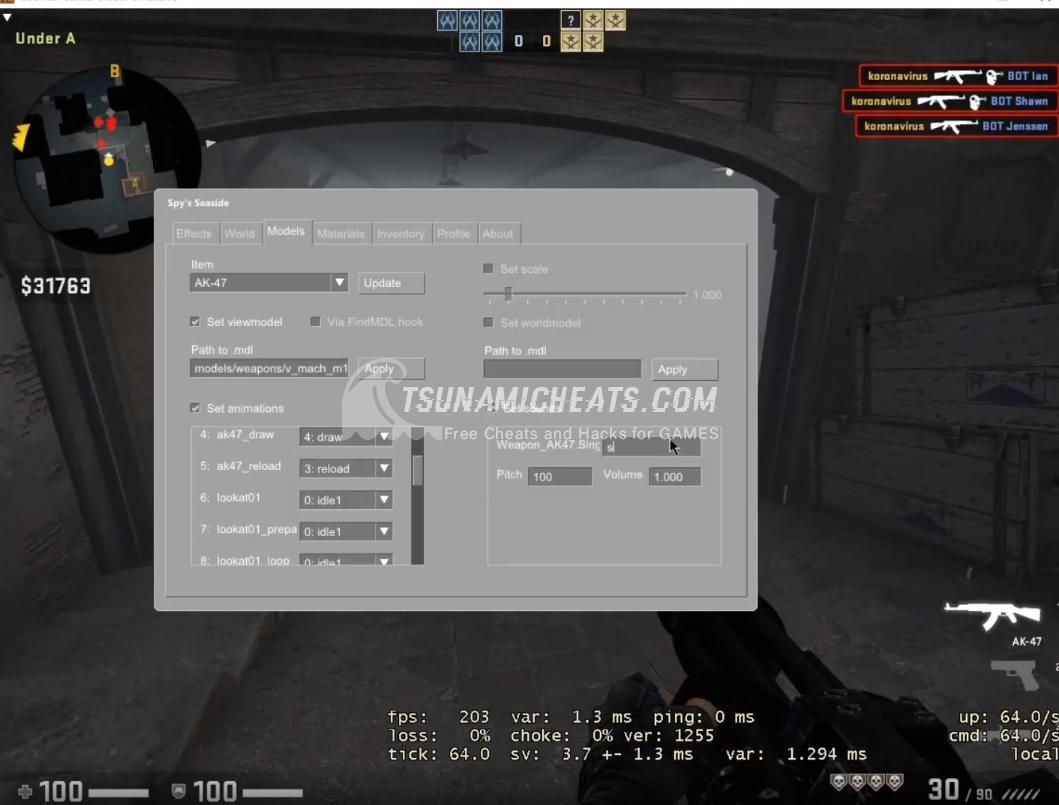 Changer CS:GO - a program for free changes to the standard skins of weapons and gloves. It is not a cheat, just replacing models and allowing the player to get interesting skins without buying them directly or spending dozens of containers. The program also has functionality for improving graphics, such as shaders and various addons, with which the visual part of CS:GO will be transformed for the better. According to the assurances of the developers, the chance of getting a VAC is extremely small. However, it exists. Especially if a full-fledged cheat, like WH or Aimbot, is used together with the program. In this regard, this Changer should be run at your own risk.

The features of this cheat are that it changes not only the weapon skins, but also many other items, such as:The changer is forbidden by CS:GO developers, because it is a third-party software that affects the game. However, those who want to finally change the boring weapon, should download the changer for CS:GO, because only with this program you can safely change any skin of any weapon, add different map options for the radar, improve the shaders. And also make auto-purchase on one button-the software supports editing the config, which will make the gameplay more dynamic and enjoyable, since you will no longer have to spend valuable seconds on buying equipment.

It is worth considering that all the replaced skins will be visible only to the player himself, while other people will continue to look at the same ordinary skins. However, this is not the biggest problem.

We recommend that you watch the video to make it easier for you to understand all the functions of this cheat.
How to use:
Changes from the previous version:
Information
Users of Guest are not allowed to comment this publication.