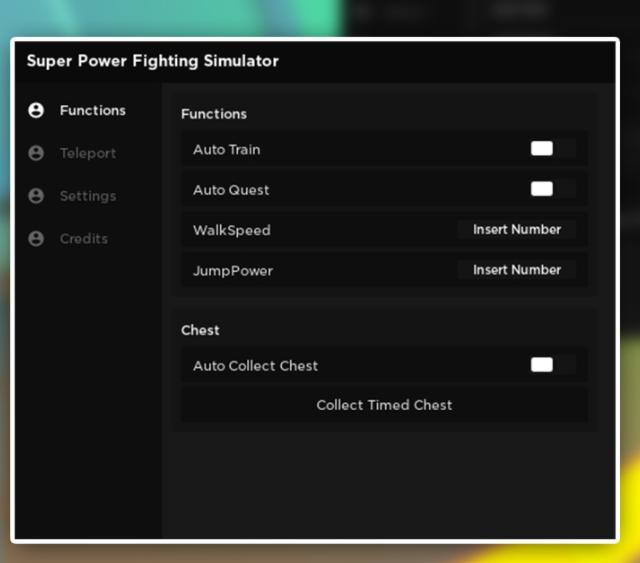 Super Power Fighting Simulator is a place created by GamesReborn and xbutterflies, in which the player pumps intelligence, strength and defense to his character. The game has a rank system that shows the most advanced heroes in the lobby and not only.

In the place, you can also travel to other islands, team up with friends, open chests, and create private servers for the game.


Auto Train - a script that automatically starts to improve the characteristics of your character. It can be used on both public and private servers.
AutoQuest - the tasks available to you automatically start executing. and after execution, the script itself completes the quest and returns to its original position.
Teleport - a script that allows you to move between locations in the game.
WalkSpeed - speed hack for Super Power Fighting Simulator.
jumpPower - increases the jump height of the character in the game.
Auto Collect Chest - auto collect loot from chests on the map. You can also collect daily bonuses from chests(Collect Time Chest).
Information
Users of Guest are not allowed to comment this publication.