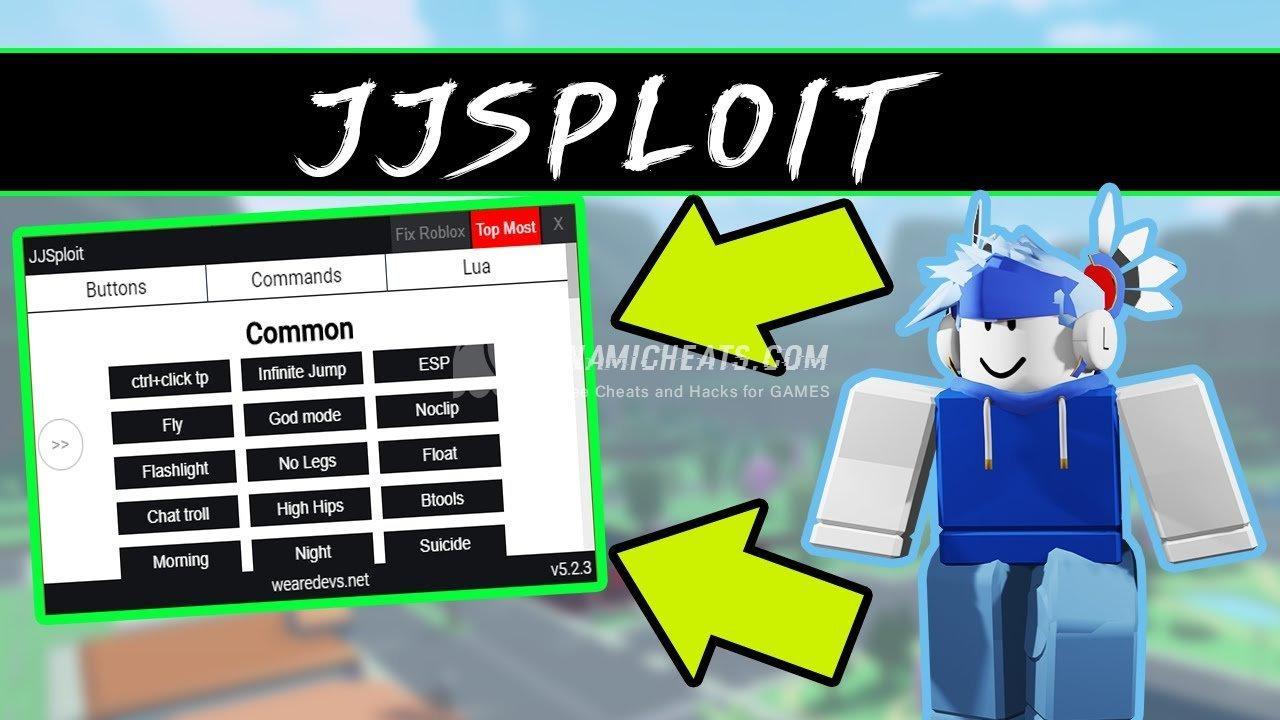 Jjsploit - is a free exploit that uses scripts for the game Roblox. It has a standard "rough" interface for managing the cheat. There are many hacking modes in the arsenal, which gives a special interest to this exploit. Especially in the injector, you can do extensive customization of the character's behavior.

To start using the cheat, you just need to join the game, download the exploit and run it, after which the area for writing the script will open. Scripts can be downloaded from third-party sources. Now you just need to enter the script in the input field and click "Run".

There is nothing to say about the design here... The usual gray interface with a sharp outline of the buttons.

You can start using the cheat easily and in a few steps. Download-install - ”drive" the script - enjoy the game.

I advise you to watch the video to get acquainted with the cheat
Although the interface is not pleasing to the eye, but I think the functionality will make you happy, because it is very extensive.And this is not all the features of this exploit, because with the help of scripts you can create these features, so they are limitless. If you have no idea how to work with scripts, you can download them already written by other people.

What modes does it work in?
In all, there is no normal anti-cheat in Roblox, so the cheats apply to all online game modes, while all the players around see everything that happens.