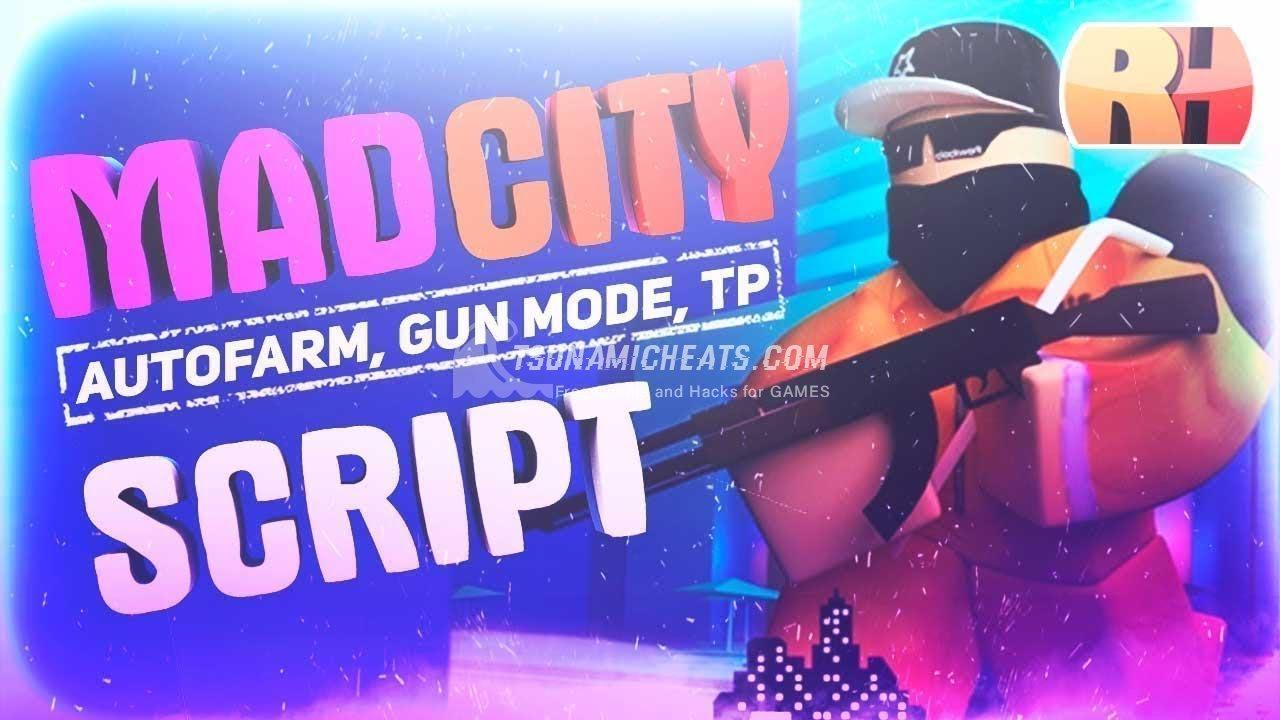 Mad City is a Roblox mode created in December 2017. Now the game is used by about 25 thousand people, although in the general mode of visits you can see a figure of about 447 million. Here you will find all the information about the cheat on Mad City.
At the beginning of the game process, you are asked to choose your hero: a policeman, a prisoner, or a hero. The role of each side is as individual as possible, someone protects, someone performs the role of the villain. In the game, you can earn and spend coins to improve and upgrade your character, you can buy cars, and the police can even shelter a dog for a certain amount of coins. In the end, you either win with your character, or you lose and lose all the improvements.

Script function:
Many game users may initially not understand how the cheat works on Mad City. Each extension implies its own set of scripts, and the script in turn performs a specific functionHOW TO USE ROBLOX SCRIPTS?
Information
Users of Guest are not allowed to comment this publication.