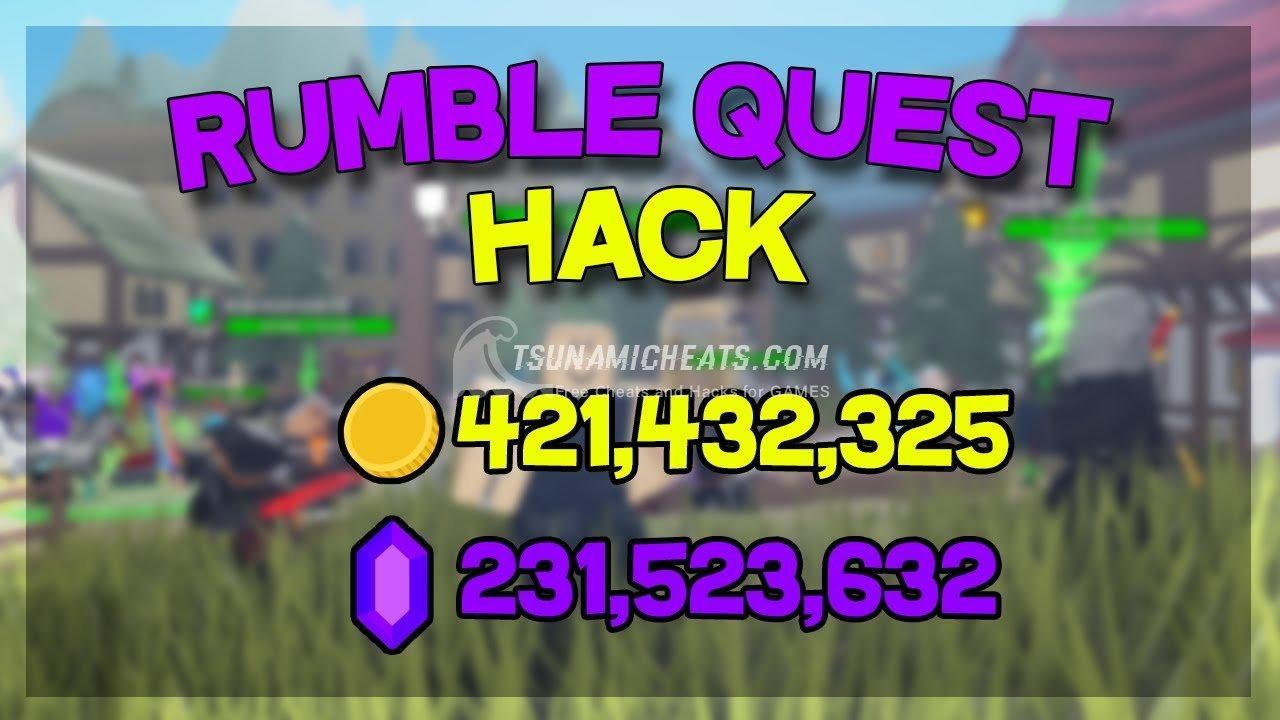 Rumble Quest mode in roblox. It is not as popular as many other games in this system, but it is no less interesting. The key objective of the game is to destroy the opponents in the rounds by means of weapons. Of course, for each defeated person, they give out a certain amount of experience. Having managed to defeat a number of opponents, you can move further along the map. During the game, you can improve the hero's weapons in the store, thereby improving its power. Of course, as in any similar game, there is a network rating for a place in which you can and should fight.

Script function:
The script for Rumble Quest helps you develop without any restrictions and without compromising the entire gameplay.
HIDE PLAYERS - removes all the characters from the playing field, so that they once again do not interfere with concentrating on the goal.
SUPER SPEED - increases the speed of the hero at times for faster movement on the field.
Teleports - allows you to sell or purchase any necessary items in an accelerated mode.
INCOGNITO - hides all the personal data of the user who is in the game process.