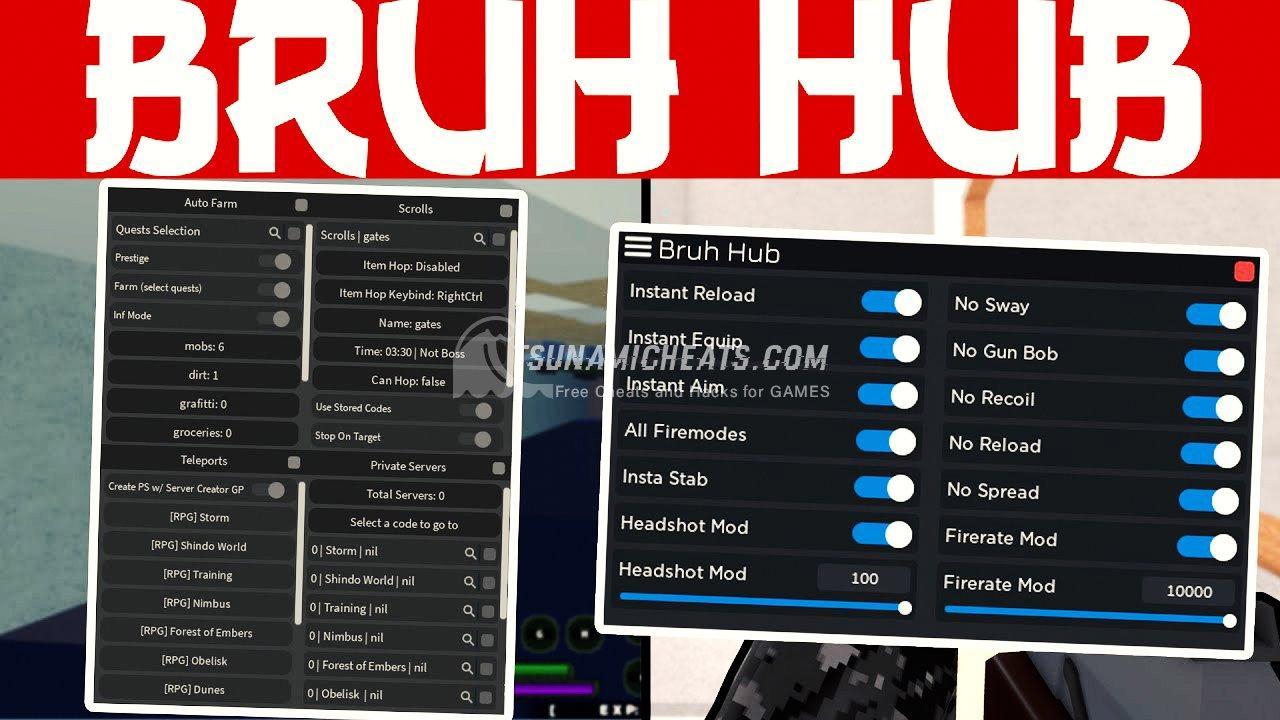 Roblox is an online platform created by Roblox Corporation and released in 2005 for the browser. In 2012, versions for iOS and Mac were released, in 2015 — for Xbox One, and a year later Roblox reached the PC and Oculus Rift.

The closest analogues of the game are Garry's Mod and Minecraft. The main function of Roblox is content creation and programming. Users can invent their own worlds and use the editor and script system to make them work. All this is possible thanks to a free engine called Roblox Studio, which supports the import of textures, shadow maps and other things.

Bruh Hub - this is a universal cheat for 4 roblox games at once:
The cheat has only two functions, but they are very useful and they are enough to have an advantage over the players